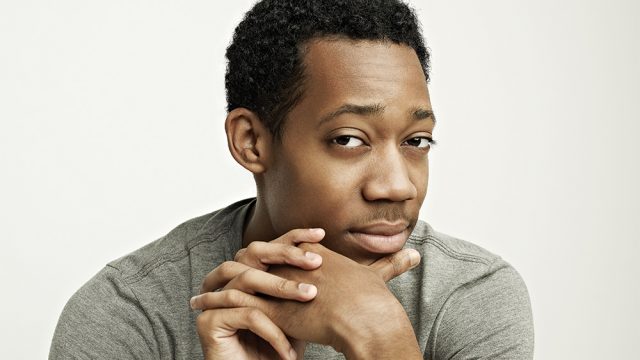 Tyler James Williams has an admirable body! We have all the measurements covered!

Tyler James Williams is an American actor and rapper. He is best known for his roles as Chris on the American hit sitcom Everybody Hates Chris, songwriter Cyrus DeBarge in the Disney Channel movie Let It Shine, and Noah on AMC’s The Walking Dead. Tyler’s other notable works include Dear White People, Saturday Night Live, Law & Order: Special Victims Unit, Batman: The Brave and the Bold, House, Go On, Criminal Minds, Criminal Minds: Beyond Borders, Dear White People, and Whiskey Cavalier. He won a Young Artist Award for his role on Everybody Hates Chris in 2007. He released his debut mix tape Me, My Brother, & A Mic in 2015. Born on October 9, 1992 in Westchester County, New York, USA, to parents Angela and Le’Roy Williams, Tyler was raised in Yonkers. He has two younger brothers named Tylen and Tyrel.

Here is the body measurement information of Tyler James Williams. Check out all known statistics in the table below!

Just because you are on TV, it doesn’t mean you’re not going to make mistakes.

When kids tried to pick on me, I always had one line to shoot them down with: ‘I make more money in a week than you’ll make in your entire life.’ Which probably wasn’t true, but they thought it was.

What I love most about acting is being able to play different types of personalities without being considered crazy.

I’ve been dancing forever; since I remember, that’s what I’ve been doing.