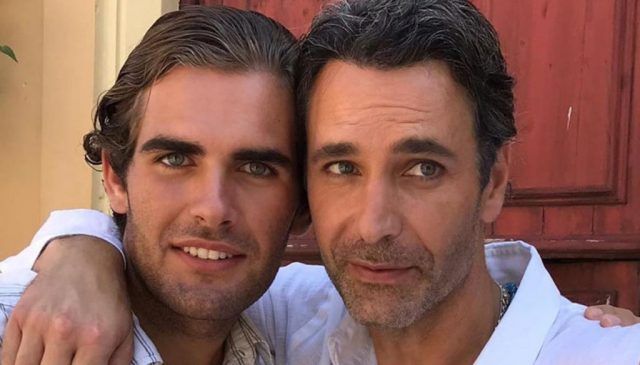 Raoul Bova has an admirable body! We have all the measurements covered!

Raoul Bova is an Italian actor who first achieved fame by playing Nino Di Venanzio in the 1995 Italian crime-action film Palermo-Milan One Way, directed by Claudio Fragasso. He played Sebastian De Rosa in the 2004 film Alien vs. Predator. His other notable film appearances include: Viva l’Italia, All Roads Lead to Rome, Buongiorno papà, Unique Brothers, Do You See Me?, Ever Been to the Moon?, and The Choice. His television credits include Karol: A Man Who Became Pope, What About Brian, The Company, I Cesaroni, Intelligence – Servizi & segreti, and Medici: Masters of Florence. He also provided a voice for the 1999 movie Hercules. Born on August 14, 1971 in Rome, Lazio, Italy, to parents Rosa and Giuseppe Bova, he is of Arbëreshë descent. He has two sisters: Tiziana and Daniela. He studied at the Italian Institute of Physical Education and joined the Italian army when he was 21. He married Melanie Lynn Cates in 1995, and the couple had three children before getting separated in 2013. He later started dating actress Rocio Muñoz, with whom he has a daughter named Luna.

Here is the body measurement information of Raoul Bova. Check out all known statistics in the table below!