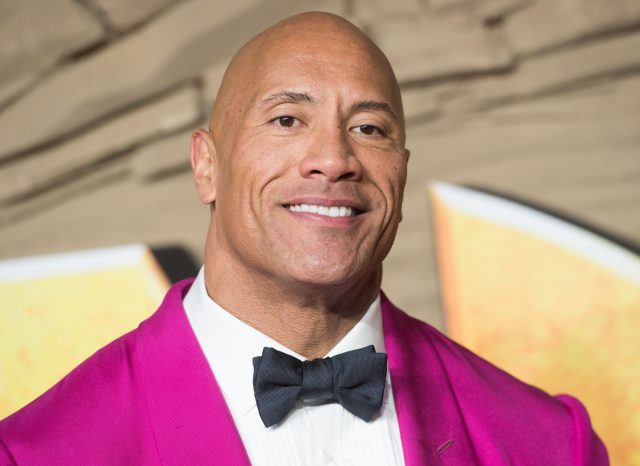 Dwayne Johnson has a well-shaped chest. We have all the measurements covered! Check it out!

Dwayne Johnson is an American-Canadian actor, producer, and retired professional wrestler who achieved fame as “The Rock,” a popular wrestling personality, competing in the WWF and WWE from 1996 to 2004. Johnson began acting in 1999 and has starred in such films as Hercules, Tooth Fairy, The Scorpion King, Walking Tall, Journey 2: The Mysterious Island, Pain & Gain, The Game Plan, Central Intelligence, Moana, Jumanji: Welcome to the Jungle, Get Smart, Rampage, Skyscraper, San Andreas and the Fast and the Furious franchise. Born Dwayne Douglas Johnson on May 2, 1972 in Hayward, California, to parents Ata Johnson and former professional wrestler Rocky Johnson, his father is of Black Nova Scotian and Irish descent and his mother is Samoan. He attended and graduated from Freedom High School in Bethlehem, Pennsylvania. Johnson began his career as a football player and was a member of Miami’s NCAA national championship football team (1991). He made his wrestling debut in 1996. He married Dany Garcia in 1997, and the couple had a daughter named Simone Alexandra in 2001 before getting divorced in 2008. Since 2019, he has been married to singer and songwriter Lauren Hashian, with whom he has two daughters.

Here is the body measurement information of Dwayne Johnson. Check out all known statistics in the table below!

We all live with cancer, whether it is present in ourselves or affects someone we love.

I love making people laugh and feel good, and that’s awesome and special for me to be able to do that, but there really is nothing like kicking ass whether it’s on a major scale, or whether it’s in more of a dramatic fashion. Being physical and taking care of business the old-fashioned way is something that I love doing.

I’ve always seen first responders as unsung heroes and very special people because, when everyone else is running away from danger, they run into it.

For me, training is my meditation, my yoga, hiking, biking all rolled into one. Wake up early in the morning, generally around 4 o’clock, and I’ll do my cardio on an empty stomach. Stretch, have a big breakfast, and then I’ll go train.

The single most powerful thing I can be is to be myself.